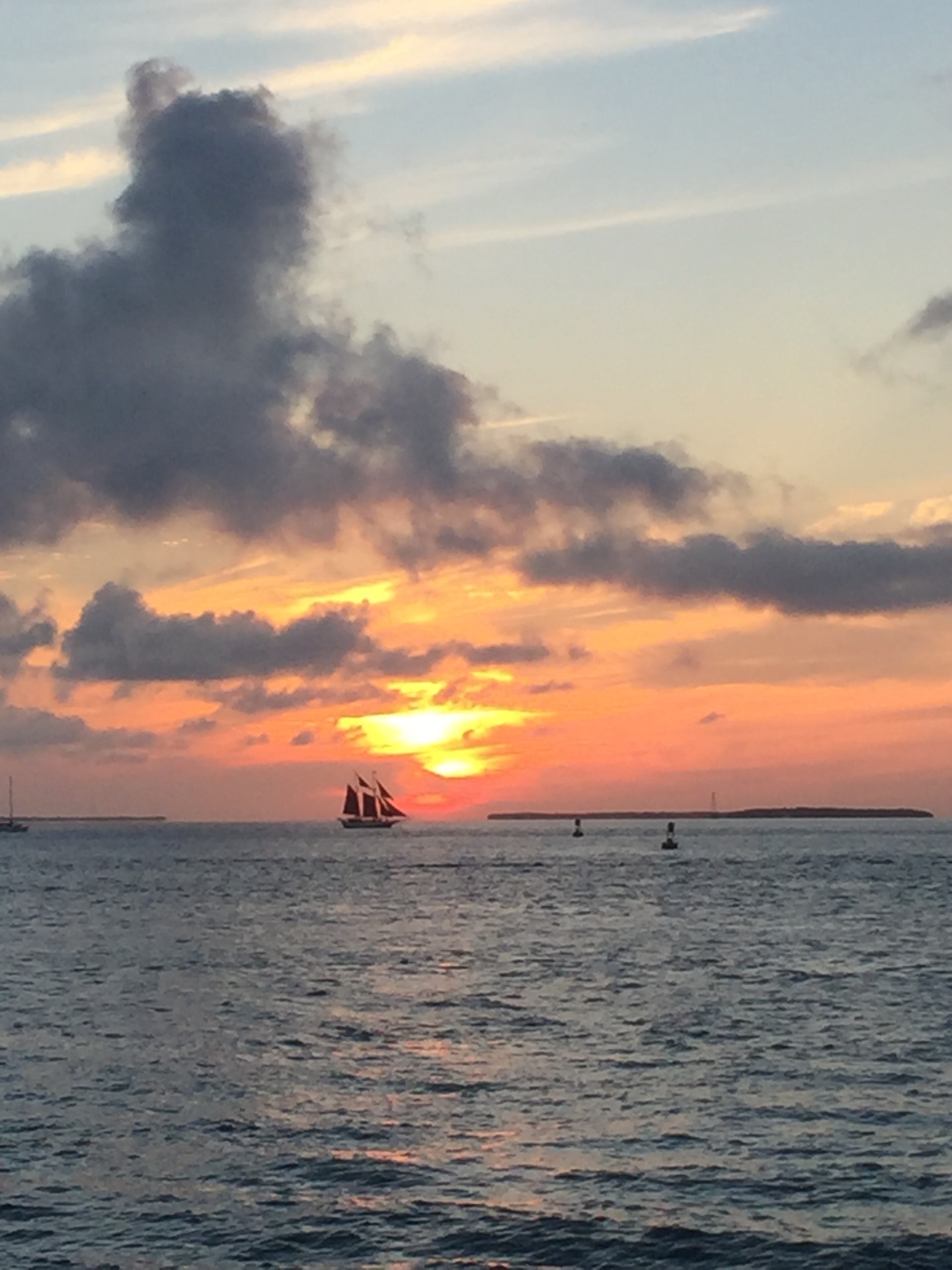 Key West for Kids, Too!

Top 10 spots for traveling in Key West with children

I will be honest. Key West is not the best place for kids. But it still is a great place for them! It still has lots to offer even at the wildest of times. I took my child during Spring Break in 2016. Don’t get me wrong- we had plenty to do and lots of fun. But we were in by 8pm every night and avoided the restaurants and bars that lined Duval Street. With that said, here is what we enjoyed the most. If you like relaxing by the pool in the evenings and plan to make dinners in, than this is still a great family destination.

Find the cats at Hemingway House

Hemingway cats, also called Polydactyl cats, are known for their extra toes. Sailors believed polydactyl cats were good luck and Captain Stanley Dexter gifted one to Ernest Hemingway. I believe there are around 40-50 cats at any given time at the house. His first cat was called Snow White. Many of her descendants are at the house today.

Before you go, tell your child or children about this legendary writer. Here is a link to some facts about his life. https://kids.kiddle.co/Ernest_Hemingway Use discretion about what you would like your child to know or read. I think a starting point to share Hemingway with your child is to tell them about, “The Old Man and the Sea”.

We actually had our own black Hemingway cat, which we adopted from the Lakeland SPCA. He recently passed away. He was the coolest cat and also named after a Disney character, Bagheera.

Nearby is the Key West Lighthouse. It is a tight squeeze to say the least but a good view.

So this was after we hiked up the lighthouse. There are low branch trees on the Lighthouse property and my son enjoyed climbing around in them.

It was HOT though. You can note the swollen lip from my jellyfish sting. Ugh- feeling a bit stink here. But wait….

Aww much better. Located on the north end of Duval street (opposite end of Hemingway House- near Mallory Square, so take an Uber, bike or the trolley) was Kermit’s Key West Key Lime Shoppe. My son discovered he loves Key Lime pie while traveling down to Key West. He approved of the chocolate covered key lime pie popsicle. Now I on the other hand needed something cooler. This big fruity drink came from a stand on the side of the road and it was worth the 10 dollars I spent on it. Sorry I didn’t catch the stand’s name!

Chickens, chickens, everywhere! We thought it was a hoot. This guy was located at the Southernmost Point near some parking lot.

Take an early evening stroll along Mallory Square for dinner and/or shopping if its suits your fancy. This is where we caught this photo.

A must-do. Catch a Key West sunset. And don’t forget the Crazy Cat Man’s Crew. He AND his cats were very entertaining. My son got picked out of the audience and loved it!

We took a short snorkel tour with Key West Snorkel Adventure. I was a little worried about taking my child out there at his age so I opted for a short snorkel tour. I will say the water was deep for coral reef exploring. At least 20 ft. As you can see from my water camera it was not as clear as we wanted. However, we did see lots of tropical fish and a pretty large shark. I was terrified when I spotted it, grabbed my child and swam back to the boat, but the guide told me I should go back and get pics as it was harmless. So I did, but I am not sure I would do it again to be honest.  Also, the water is choppy as you try to get on and off the boat. It is a bit rough if you aren’t athletically inclined.  They do make you wear life jackets and provide noodles. I would say its a good idea even if you are a good swimmer. All snorkeling gear was provided. Wet suits were not. It was cold water. There are free drinks if you are so inclined. https://www.keywestsnorkelingtours.com/catamaran-reef-snorkel/

The West Marello Tower was a fort created during the American Civil War. It is considered a National Historic Site. It holds some impressive trees and beautiful gardens, including a waterfall and butterfly garden. Did I mention its free?? Lots of trees for your kids to learn about here.

A quaint little stop on the south end of Key West (also a more quiet area). We found here some beautiful trees and garden. An unexpected but interesting find was the African cemetery right beside it. Located on Higgs beach, I didn’t see any tourist info on it until I read the sign outside the Martello Tower. In 1860, 3 illegal slave ships were intercepted by the US Navy. The conditions for the slaves among the ship were horrific. The slaves who did not survive are buried here and the remaining ones were cared for by the community. It is considered a historical and archaeological site. For more info check out www.africanburialgroundathiggsbeach.org I highly encourage a stop here with children to share this example of slavery and pay respect for the slaves who lost their lives.

As the picture says, here we are at the Southernmost Point of the Continental US. It is crowded and I would suggest going near dusk when the party goers are heading to the bars and restaurants for dinner and drinks. It is also free, just gotta find a good parking spot.

This little aquarium has a lot of hands on fun for both kids and adults. We fed sting rays shrimps which was different. They have a great variety of local marine wildlife and a resident tortoise below. He hangs out at the entrance.

We saw a Portuguese Man-of-war in the water. And quickly got out. For you that don’t know, they are venomous and their stings are excruciatingly painful, possibly deadly. If you are looking for the famous sign with all the cities pointing in different directions, than look no further. It is here.

Others things that we saw included the Mel Fisher’s Treasure Museum. It was good and it took a while to get thru it. Good female pirate section and if you like coins and jewelry, you’ll be impressed with the back. There are a lot of museums in Key West and if you only have a few days, I would only choose 1 or 2. Don’t feel the need to hit every one. Also, we did use the Old Town Trolley, but only on the second day. It was worth it, especially if you are planning on site seeing to a lot of places. We had bikes and I decided not to use them with all of the car traffic. Also, someone tried to steal them off the back of my vehicle 😦 Quickly, I will state what we should have skipped the Key West cemetery. Unless you are on a ghost tour it is deadly silent (pun intended), bit depressing, and hot as…

Okay heading back home but not before one more stop on our way out …Bob’s Bunz! Located in Islamorada, they have all kinds of yummy baked goods. They are known for their cinnamon and sticky bunz. They had me at bunz.

Have a safe and wonderful trip in one the best spot’s Florida has to offer!